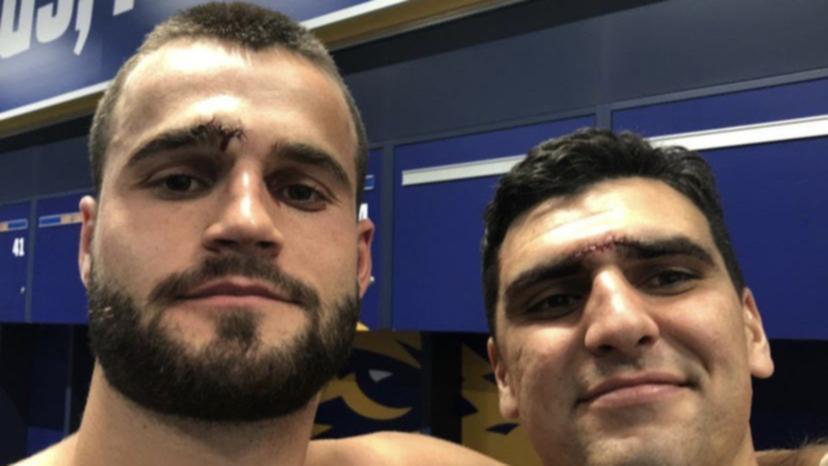 West Coast fans can breathe a sigh of relief after Jarrod Brander and Tom Cole shared a happy snap following their sickening collision in the dying stages of their clash against Collingwood.

Cole appeared to come off worse for wear, and spent minutes sprawled on the Optus Stadium turf as play stopped late in the last quarter for club medical staff to make their way to the far side of the field.

Both Cole and Rotham had been attempting to tackle Collingwood’s John Noble when they collided front on with each other.

Cole’s forehead was split in the clash while Rotham suffered a laceration to the top of his head.

Rotham left the field unassisted, while Cole came off in the hands of trainers – but a happy snap of the pair in the changerooms… 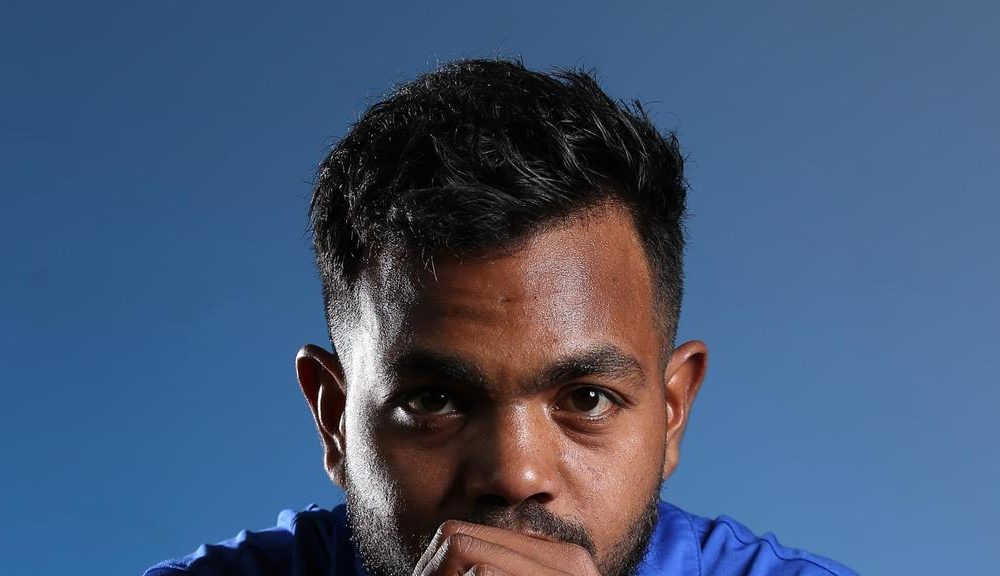 Xavier Ellis: West Coast should consider alternative options for Willie Rioli to save careers of teammates 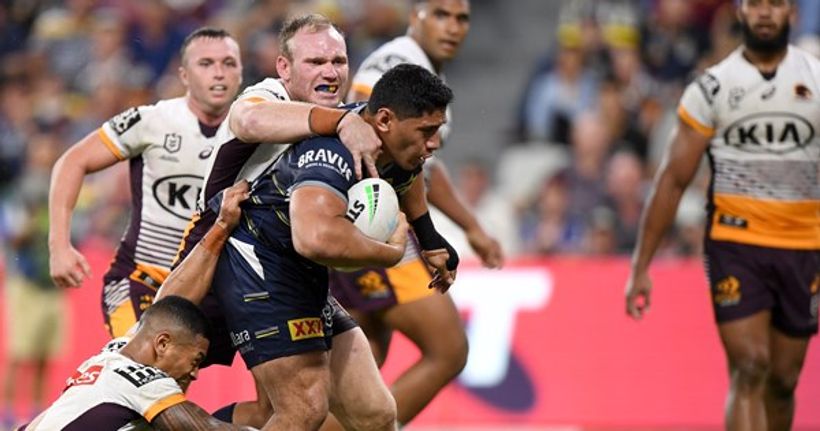